The Art of Disappearing

The documentary “The Art of Disappearing” is in the second stage of development with support from The Swedish Film Institute. We have so far filmed in Bulgaria, North Carolina and in Texas.

Today 600 people are waking up, getting dressed, perhaps kiss their loved ones – and then disappear. The brutal statistics for relatives and friends who are left behind, is that two thirds of the adults who disappear do it consciously: They do not want to be found. Of all the missing persons that can be traced and alive, only 20 percent return home and 40 percent refuse to take up contact of any kind. A missing professor who was tracked down said to those who found him: “How dare you come and look for me?” 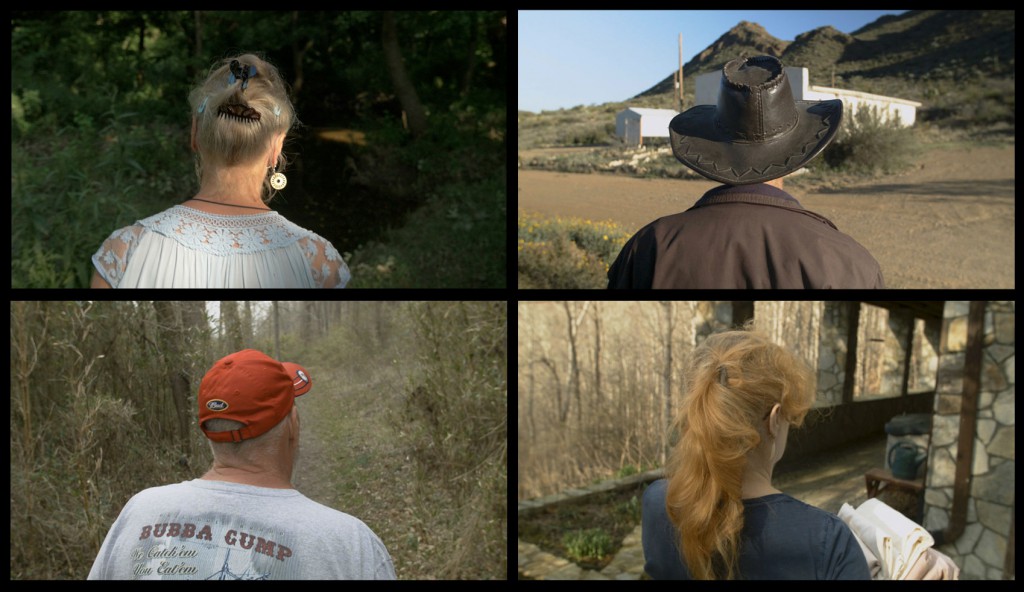 Some, usually men, go to the extreme and commits “pseudocide”. They stage their own death in order to be able to start over with a new identity. In fact, every time there is a disaster such as 9/11 or the tsunami in Asia, some people will take this opportunity to throw away their old lives by letting the world believe that they are dead.

There is something irresistibly intriguing in the idea of disappearing, never to be heard of again. In literature the disappearance is often preceded by an everyday act – to go out to buy cigarettes or milk. The contrast between the routine act and an irreversible break with reality is the crux of the fantasy of disappearance: That the everyday struggles at any time could be abandoned and surpassed in a flash by a better reality.

Some experts believe that as modern technologies becomes more insistent and intrusive, as more marriages break down, and as debts grow, the basic human impulse to escape increases. These people do not necessarily drop out of society, but as psychologist Ronald Bracey says: “Sometimes people feel that they have built up their life incorrectly – that they live by the wrong script.”

In the U.S., the number of clients to private consultants who help people who want to start a new life have increased tenfold in five years. It is said that the Patriot Act and a general creeping feeling that the “Big Brother government is watching” has helped create the feeling to want to “check out” or “fly under the radar.”

As I write this I hear a travel agency ad on the radio: “Exchange the everyday for something really fun”. Longing to go away is universal, but to actually get to grips with starting over, changing identity, changing ones life is something one wonders if it is at all possible. It poses questions about the nature of personality and identity. If you decide to leave your old life behind, and change your identity, the question remains: Is it possible to live as a different identity than your own? If you act under another identity, will you become that identity after a while? Even if you chose to change lives by legitimate means – what is the role of old friends, memories, events that have shaped you as a person – if you do not want or can refer to them anymore? Is it possible to “check out” from ones role, ones persona – is it possible to replace a social mask. And when you do, what are the consequences of interaction with other people.

We will meet a variety of people who have “changed their life and identity” with different results and for different reasons. E.g. an artist who changed identity, called himself in as wanted, and tried to remain unknown for a month to explore the possibility to hide in today’s high-tech network society. After only a few weeks he began to feel paranoid and intolerably dishonest in his interaction with other people.

A private consultant who now helps people to change identity. A former member of the Japanese doomsday cult Aum who have trouble returning to his old life – his old self. A man who changed the lives of overworked office administrator for a seemingly “perfect life” in paradise lives on a tropical island – but who suffer from insomnia, recurring nightmares and alcohol problems. Indebted and criminals who try to escape their past and their old identity. A man who pretended to have lost his memory and thus could change his identity, life and friends. People who staged suicide to be able to change identity. Abandoned canoes, aircraft crashes without pilot, clothes on the beach, a parked car on a bridge, an envelope on the breakfast table.

There is obviously a paradox in making a film about people who have disappeared – which is also what makes the topic interesting – also cinematically speaking. Practically speaking, it is about meeting people who have returned to their old identity and been found (with or against their will) that can retell, and people who have “escaped” that are being interviewed anonymously. The recurring question is whether one really can change identity, and what the successful and unsuccessful attempts tell us about how we look at what we are and what we want to be?

Through journalistic research and contacts from around the world we will find people who are presently under the radar, and people who have returned from a life under a different identity. Some people will be given the option to be interviewed anonymously. In their cases this will be a part of the visual style of their chapters in the film – and act simultaneously as a metaphor for their “blurry” identity. Even as we see them walk around doing their daily routines, they will drag a blurry cloud around with them. Interviewees who have returned from a life under a different identity also fill an important function as they are able to talk about the more complex aspects of their escape from another identity as they have experience from both worlds.

The structure of the film will follow and lean on the most “complete” of all the stories we find. The story that communicates the beginning (why?), the decision and action (how did he/she stage the break from his/her old life), the condition (how did the new life and identity feel and work?) and the conclusion: Why did this person decide to return – or if there is a better story – choose not to return. During the course of this main story we will witness parallel situations with other people who have escaped their old identity, or are searching for a missing person.

The questions asked and perhaps answered on the way is whether one really can change ones identity, and what the successful and unsuccessful attempts tell us about how we look at what we are – and what we want to be?

The result will be a suspenseful documentary that will question the very nature of identity.