Great Expectations – a journey through the history of visionary architecture.

”The astounding images of more or less bizarre projects were intertwined with a fantastic interview material. This was also a documentary that treated the viewer seriously. We were assumed capable of following a train of thought, and understanding interviews without meddlesome guidance.” DN

”A vertiginous journey in the company of the most primary city planners and architects of modernism. A film that shows how much fun it can be with knowledge and education, as long as you have a good teacher, one of those who can “infect” you with curiosity and unexpected angles of approach.” SvD

This documentary provides an astonishing journey through innovative, futuristic, utopian and sometimes bizarre architecture projects-including concrete illusions of grandeur and Lego-like modular apartments to an Instant City Airship and round, grass-covered subterranean dwellings-from the beginning of the 20th century to today.

Since the end of the 19th century, due to industrialization and rapid technological progress, mankind has been confronted with new problems and possibilities. Visionary architects and artists, motivated by contemporary problems, including housing shortages, urban decay and pollution, set about to create changes in our ways of living that challenged conventional concepts of the good, the true and the beautiful. GREAT EXPECTATIONS introduces us to the most significant architectural movements and personalities of the 20th century, including, among many others, Le Corbusier’s functionalist cities, Buckminster Fuller’s lightweight geodesic domes, Moshe Safdie’s Habitat ’67 prefab apartments, Rudolf Steiner’s Goetheanum and other anthroposophy buildings in Switzerland, Oscar Niemeyer’s sleek urban designs for Brasilia, Paolo Soleri’s “archology” of crystal-like desert cities, Antti Lovag’s curved surfaces of Palais Bulles in France, Jacque Fresco’s utopian Venus Project in Florida, and Peter Cook and Colin Fournier’s biomorphic Kunsthaus Graz in Austria. Using archival and contemporary footage, animation and interviews, GREAT EXPECTATIONS tells the fascinating story of these grand architectural visions, both realized and unrealized, as explained by great thinkers with revolutionary, if not always successful, ideas. 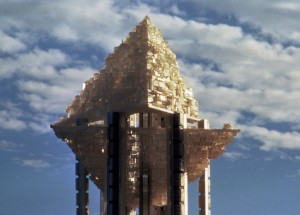 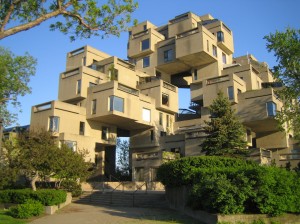 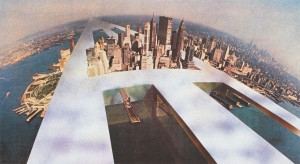